Fueling local business for over 80 years.

Osco has had a rich history of serving Chicagoland with petroleum storage and delivery services since 1932. 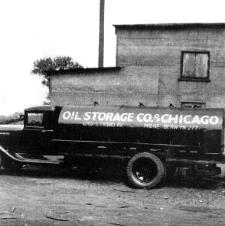 Since the very beginning when the company was originally known as Oil Storage Company of Chicago, and before being shortened to OSCO, the company has been dedicated to fulfilling the needs of local business. For instance during World War II, we stored and delivered over 80% of the aviation gasoline consumed at Midway Airport. As the war progressed, the volume of gasoline consumed escalated, increasing ten-fold; and as demand increased, so did the demands on the company. Shortages of workforce, rationing and the military draft made it almost impossible to meet these needs, but no matter how difficult the challenge, the company found ways to get the job done.

This same attitude carried over to the 1950’s and 1960’s as construction in Chicago boomed and strained the ability to get fuel to construction sites. But OSCO’s trucks traveled wherever the fuel was needed. It did not matter whether it was 100 feet straight down the base of a new skyscraper or miles out in remote areas where new housing developments where literally popping up overnight; OSCO was there to help meet the demand. We have delivered virtually everywhere fuel is needed, from the excavation of a reservoir, to a mere twenty gallons, to a small machine working on a hospital addition, and even to the middle of O’Hare Field during the blizzard of 2011 in order to keep the plows moving. It was our motto then, and it’s our motto now: Any amount of fuel, wherever it’s needed, we’ll be there!

Even during the 1970’s when a shortage of oil and gas hit the country, we stepped up to meet the challenge. The growing demand, shortage and allocations of fuel made for a very difficult time for business. As major oil companies were allocating fuel and denying it to their customers, OSCO was fulfilling their customers’ needs. This was no small accomplishment at that time as many oil companies where gouging their customers, but OSCO stood firm in our conviction and commitments to our clients. As the Federal Government fixed prices and began audits that forced many oil companies to refund customers, OSCO was one of the few distributors that was found to be in perfect compliance. And we are proud to report that these same ethics and principles drive our organization today. 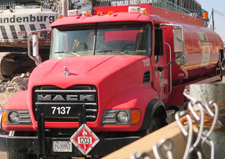 OSCO IS READY TO SERVICE YOUR PETROLEUM NEEDS!

OSCO employees have come together many times to help serve the Chicagoland area in extreme circumstances, from the Chicago flood to the many blizzards and polar vortexes we have experienced as well as in the aftermath of a number of natural disasters in different parts of the country. We are all proud of the important work that OSCO does to keep the City, Country, and Economy moving during difficult times.

OSCO WILL CONTINUE TO SERVE DURING THE COVID 19 PANDEMIC.